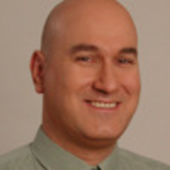 Igal Rotem serves as chairman of CredoRax Inc, a global, one-stop-shop Acquiring Bank licensed in the EU. He has a rich track record as a serial high-tech entrepreneur and executive and in 2004 He was chosen as Ernst & Young Entrepreneur of the Year.

Prior to joining CredoRax, Mr. Rotem co-founded PowerDsine in 1995 and served as CEO and director from inception till January 2007. PowerDsine pioneered the innovative Power over Ethernet (PoE) technology and is the global leader in this field. In October 2006 PowerDsine was sold to Microsemi Corp for $250 million.

Prior to co-founding PowerDsine Mr. Rotem served as the CEO of Butterfly Communication, one of the world pioneers in Bluetooth semiconductors technology, which was acquired by Texas Instruments for $50 million.

From 1981 until 1992, Mr. Rotem served as a Major in an elite R&D center within Israeli Defense Forces (IDF) Intelligence Corps.