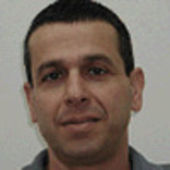 Ron Asher is the Director of the global development organization of XIV storage brand in IBM and STG Israel Development Center. He leads product innovation, development and support. Ron joined IBM through the acquisition of Diligent Technologies in 2008. At Diligent, Ron pioneered the data de-duplication technology. He joined the company soon after its inception in 2003 as VP Engineering and led the development and shipment of the enterprise data de-duplication storage solution. Ron has several patents in the domains of data de-duplication, clustering techniques in storage and data replication. Prior to joining Diligent, Ron led as founder and VP R&D two startups in the domains of voice portals and network security. Ron started his career in the Israeli Defence Forces and then worked for ELTA, subsidiary of Israel Aircraft Industry in various leadership positions in the area of airborne radars and early warning systems.