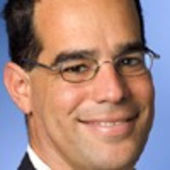 tzik joined Battery 2009 and focuses on investments in industrial technologies, advanced materials, semiconductors, and innovative hardware/communications products. He is currently on the boards of Panaya and XtremIO, and is a board observer for ZeRTO. He also spent time working alongside the Battery investment team as an Entrepreneur in Residence in the firm’s Israel office. Before Battery, Itzik was a Partner with Stata Ventures, where he led investments in Provigent, Sirica, Comability, Sentrigo and ZiBit.

Before venture investing, Itzik spent the majority of his career as entrepreneur. He co-founded Kagoor Networks, a leader in Voice over IP technologies, and led it to a successful acquisition by Juniper Networks, its first acquisition of an Israeli company. Previously, Itzik led the R&D of Class Data Systems until it was acquired by Cisco Systems, the first of many acquisitions in Israel. Before joining the private sector, Itzik led a landmark infrastructure project in the Israeli Defense Forces (IDF) that won the prestigious Israel Defense Award. Itzik holds a BSc summa cum laude in CS and Math from the Technion - Institute of Technology.