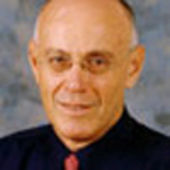 Chairman of the Board of Directors

Dr. Gleitman is Chairman of the Board of Directors of Capital Point Group, a general partner at Ascend Venture Capital, and a former Managing Partner at Shrem, Fudim, Kelner Technologies - SFKT (Management Company) and a general partner at Platinum-Neuron Venture Fund (PNV). Prior to his position at PNV, Dr. Gleitman was the Chief Scientist and Director General of Israel’s Ministry of Industry and Trade, where he managed all of the Israeli Government technological programs. In the course of his four-year tenure, Dr. Gleitman was responsible for allocating over $1.5 billion in grants in the framework of promoting R&D activities in the Israeli high-tech industry. Dr. Gleitman also served as the CEO of Ampal Investment Group (NASDAQ: AMPL), where he was responsible for the investment of over $200 million in high-tech ventures. During his tenure at Ampal, Dr. Gleitman led a $330 million joint venture with Motorola Israel founding Mirs Communications Ltd., Israel’s fourth largest cellular operator. Dr. Gleitman holds a Ph.D. (with distinction), M.Sc. (with distinction) and B.Sc. in Physical Chemistry, from the Hebrew University of Jerusalem.